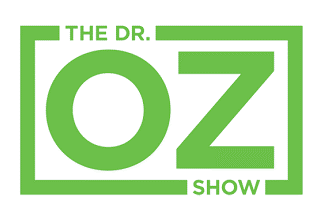 Get your new favorite snack recipe!  Enter your email to sign up →

Watching the trailer before seeing “Ricki and The Flash”, I thought it was going to be another chick flick. A mother and daughter coming together finding their way thru heartache and abandonment, it was so much more. Written by Daiblo Cody, she exquisitely created the themes of family dysfunction, tolerance and acknowledgment interlaced with the rock and roll soundtrack.

The movie opens to Ricki (Meryl Streep) and the Flash playing in a bar that looks like the holes in wall I frequented in college in upstate NY. A call from her ex sends Ricki back to the Midwest and straight into the mess she left behind. Her daughter Julie, played by real life daughter Mamie was spectacular. Julie’s husband leaves her and her father played by Kevin Kline, calls Ricki back to help Julie move on with her life. There is palpable resentment and friction not only from Julie but Rickis’ sons, one soon to be married and the other recently coming out as gay. Ricki naively comes back into the situation without thinking of the pain she has caused and what their reactions will be. Ricki says, ”It’s so good to have all my kids in one place”, but these kids have mixed feelings as to how much they will let her back into their lives. This flawed family doesn’t know what to say and stumbles over them selves to deal with the situation. I found it endearing and connected me more with the characters. In the end they find a place of common ground, the music.

The music is its own character with its own storyline that is parallel to Ricki’s’ experiences of facing her family. I enjoyed the performances of songs from Lady Gaga, Tom petty and Springsteen plus watching Rick Springfield, who plays Ricki’s boyfriend. The energetic bar shows and the screen time that was given to them, was a beautiful counterpart to the family drama that ensued. I enjoyed the movie and needed a tissue at the end.

After the screening Rick Springfield stayed for a Q & A session, moderated by Denise Alpert from The Moms. Sitting in the screening room was 40+ women some that had fallen in love with him in the 80’s, hanging on and giggling at his every word. He was warm, funny and had a sense of humor about himself. My son came to the screening and asked Rick for advice. “What would you say is the one thing I should do to being a good guitar player?” Jack asked. Rick replied that he should always strive to play with people better than he is, just keep playing he said.

Beth’s Blueprint was invited by “The Moms” to a media screening of Ricki and The Flash. No payment or other compensation associated with this post was received.

Hey, How are you?

DON’T ASK! Sometimes you must take what you want

When you meet amazing women, hold them up to the l

Always a blast on @nj_on_air Making cocktails and

I forgot how much I love LIVE TV, especially when

Love to upbox with you. In today’s boxes- Butter

It’s almost Mothers Day. Have you thought about

Yes a parsley cocktail. Use your favorite herb or

Join me as we unbox the spring box from @fabfitfun